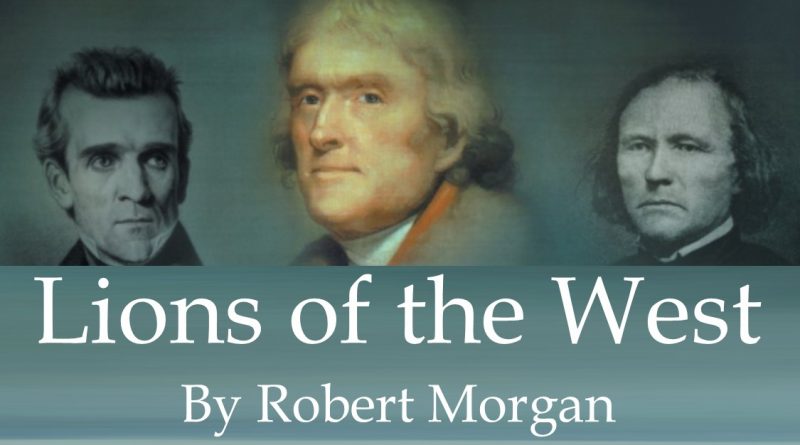 On May 5th the group will meet and discuss:

Novelist, poet and historian Morgan (Boone: A Biography, 2007, etc.) moves in the territory between hagiography and calumny in this look at the men who made Manifest Destiny manifest.

Thomas Jefferson, writes the author, seems to have been born looking west; throughout his childhood and early adulthood, he ventured farther and farther beyond the Virginia piedmont, though it was up to others, such as Meriwether Lewis and William Clark, to explore the region beyond the mountains by proxy for him. Morgan begins, properly, with Jefferson, and though his account is a touch diffuse—does it matter that Jefferson was a good condenser of law texts in this connection?—it affords an appropriately high-minded justification for a signal fact: namely, as the Mexican historian Josefina Zoraida Vázquez observed, that “the North Americans kept up this continuous expansion, and the United States government followed their footsteps.” Morgan follows with profiles, most of them illuminating and of just the right length, of some key players. Many are well known, such as the violent Andrew Jackson and the fearless Kit Carson; others are less well known and more interesting in the fact than in the myth, such as John Chapman (aka Johnny Appleseed) and John C. Frémont, the latter a scoundrel who figures in many histories but not much in the popular imagination these days. Morgan’s actors are sometimes even more obscure, though not deservedly so, such as the fair-minded diplomat Nicholas Trist, “idealistic to the point of seeming naive to a politician such as Polk.” The author is also good at pointing out some of the incidental ironies history affords, such as the fact that the men at the Alamo could have saved their skins had William Travis not “refused to recognize the authority of [Sam] Houston.”

A vivid, well-conceived look at western expansion in the old narrative-driven school of Bernard DeVoto and Wallace Stegner.